The place where the Danube river from the Pannonian Plain is heading towards Carpathians, through which it „cut“ an iron door with "steel perseverance", where people from prehistory dared to come out of caves for the first time and form the first urban communities, without anyone until about fifty years ago, there is the Lepenski Vir archaeological site.
Lepenski Vir, Donji Milanovac, Serbia
Directions

The place where the Danube river from the Pannonian Plain is heading towards Carpathians, through which it „cut“ an iron door with "steel perseverance", where people from prehistory dared to come out of caves for the first time and form the first urban communities, without anyone until about fifty years ago, there is the Lepenski Vir archaeological site. A visit to Lepenski Vir will encourage you to think about the importance of all stages in the development of humanity, the importance of respecting the laws of nature and make you understand our unbreakable connection with it. You will be encouraged to value traditional knowledge and skills that have been passed down from generation to generation. Positioning in this world, at first glance, has no meaning or purpose, but when we study our existence from ancient to modern ages, it has its own rules, its own principles and indisputable adaptation and survival with the help of nature.

After the construction of the hydroelectric power plant and the formation of artificial Djerdap Lake, the whole site was moved 50 meters along the gorge. It is important to say that it was a well-organized and well-executed relocation relative to the Treskavica rocks, which was very important for the surviving of this area and settlement.

The story of Lepenski Vir begins with a group of archeology students from the University of Belgrade, led by Professor Dragoslav Srejović. In 1965, excavations began based on the research of archaeologist Obrad Kujović. After the initial skepticism, euphoria came. Sculptures made of pebbles with a fish look were discovered, as well as traces of settlements with almost modern urban structures of streets and squares. These discoveries and sculptures, in which human and fish motifs and geometric patterns intertwine, caused a sensation in scientific and wider social circles. Some basic archaeological premises had to be re-examined, and the time period in which our civilization developed was to be "reset."

Artifacts have been found from 9500 to 4500 BC, from the early Mesolithic to the late Neolithic, in which almost everything we know about prehistory happened - from leaving caves, through building settlements, domesticating animals and plants, mixing with settlers from Middle East to the emergence of private property. What did not happen in this period were wars, because no injuries were found on the remains of the skeleton that would indicate war activities, so it can be said that the site of Lepenski Vir is a small microcosm of the duration and survival of prehistoric man.

You can see a modern building where the remains of the Lepenski settlement are located, as well as an exhibition area with about 100 exhibits, a projection hall and a souvenir shop. Pay attention to the importance of the airiness of that building because it allows you to see the shadow cast by the mystical rock Treskavica. This is one of the largest open-air archeological museums in the region, and by visiting it, be sure that you will enter some kind of time machine that will take you back to the prehistory and development of the first civilizations. When you enter this museum, you can experience the way of life of ancient people, at least when it comes to relief and position.

Experience the architecture of the habitats of our ancestors, which were trapezoidal with „openings“ towards east, ie to the Danube and the rock. The houses were „horseshoe-lined“ with the central square where also the shrine was located. This layout is very reminiscent of today's towns, especially the Mediterranean towns, so it is safe to say that these settlements are the germ of modern urban culture. The dwellings were using energy from a fireplace that was positioned near the entrance to the house. In addition to the fireplaces, there were also stone tables, but also shrines and tombs of ancestors, which proves that even those ancestors with a mesocephalous head, broad faces and robust build did not only think of bare survival, but also had a developed spirituality.

At the time, it was necessary to design a place where a larger number of people will be able to live in a smaller space, without bothering each other and to meet social, environmental and even sanitary conditions. When designing these houses with their equilateral walls, it can be seen that these ancient people had knowledge that would be called mathematical centuries later, and the imagination is additionally inspired by patterns on sculptures that also have geometric elements.

This civilizational effort and this organized city is visible and understandable to every visitor today, no matter how modern virtual technologies and possibilities we have today.

The three other general human characteristics that we can learn a lot about in this museum of human civilization are harmony with nature, family and artistic life, that is, creativity.

About 8,000 years ago, over a period of about 200 years, artists carved about 100 stone "faces" of abstract design. The faces are simple, with wide round eyes, a stylized nose and an open mouth. They don't look happy.

Archaeologists say the heads look like a mixture of human and fish features, which is unusual. Some designs look like fish skeletons. The gorges and basins in this part of the Danube have been home to sturgeon and other large fish that have enabled people to live in this area. Perhaps ancient people during fishing imagined their souls migrating to fish after death. Thus, these sculptures maybe represent ancestors.

Did you know that in Lepenski Vir, in addition to sculptures with human and fish features, sculptures with geometric arabesques as well as deer motifs were found? Some undeciphered patterns on these sculptures provided material to develop the suspicion that forerunner of the modern letter arose here. This "gray zone" also includes found skeletons buried in a sitting position, in a "Turkish saddle" or large skeletons over 190 cm high, which "talk" about a branched and interesting life in prehistory.

Did you know that the Djerdap gorge, according to legend, was created with the help of giants? In the area from the Alps to the eastern parts of Europe was the Pannonian Sea. About 800 millennia ago, the rocks parted and the Pannonian Sea flowed into the  Djerdap river gorge. Legend says that the giants (Gerdap) or the Gods invaded the Carpathians from Golubac narrowing to Mali Štrbac, and let the Pannonian Sea flow into the Black Sea. Experience the size of Europe's largest gorge and admire the forces of nature that created this phenomenon. In the middle of the 20th century, a huge hydroelectric power plant was built on Djerdap, and before the sinking of large parts of the coast, organized archeological activity began to find traces of human settlements. With the construction of the hydroelectric power plant, the Danube was "tamed", the water level rose and today you can enjoy the view of the beautiful artificial Djerdap lake. Here you can get acquainted with prehistoric civilizations, through human and fish motifs on the sculptures, geometric patterns, sculptures made of pebbles with a fish-like appearance and numerous other traces of settlements.

Head to the western entrance to the National Park where you can see the mysterious, recently renovated Golubac Fortress. It is not known exactly when it was built, or who was its founder, but various romantic legends are associated with its name. According to one legend, Jerina, the wife of the despot Đurađ Branković (who is called the Cursed Jerina due to her cruelty), raised a lot of pigeons at the Fortress, hence the name of the entire complex. Another legend says that the beautiful princess Golubana, who rejected love of one Turkish pasha, lived in the town of Golubac. As punishment, they tied her to a rock above the Danube and called her to repent. It is said that the rock above the Danube is called Babakaj after this (in local language it can be translated as a repentance). Some people associate the name Golubac with the appearance of the fortress itself, which resembles pigeons on a cliff.

The ruthlessness of the "Forest Mother"

An interesting ethnic structure, Vlach population customs and beliefs live on even today and you can get to know them in this area through certain places and traditions. Vlach motifs (a Romanian ethnic group very similar to Romanians living in eastern Serbia) are most vividly depicted in the story of Muma Padura, a protector of women and a ruthless avenger towards men. When you find yourself in the vicinity of Bor, remember that they recently joked with drivers, putting a wedding dress on the road, which is why many of those who saw the scene said that it was the Forest Mother, whose soul, like Rustalka, sails the expanses of Negotin region and Djerdap seeking for revenge. Passing by the Danube, on the other hand, imagine the belief that at some point in its life, a carp fish gets wings, emerges from the Danube and becomes a dragon.

Visit the Tumane Monastery, which is a magnificent edifice unique in Serbia in terms of appearance and architecture. The belief that the people who come here experience miraculous healings is connected to this monastery. The belief lives on until today because it is supported by some true events of our fellow citizens, which makes the stories from the age of the Zosimus Sinait even more firm.

Have you already been to the Boljetin river canyon? Entering the museum at the Lepenski Vir, go along the path that „flows“ into this gorge, which is known to the entire scientific world, because millions of years of our planet's past can be read from the cliffs of this canyon, colorful like a piece of cake. The gorge is easy to reach from the intercity bus station on Boljetin hill, about fifty meters away. From the bridge at the upstream part of the Boljetin gorge, continue straight on the old asphalt road along the river. The road climbs slowly under the beautiful vegetation towards Boljetin hill. From the canyon you can reach a well-maintained, slightly more demanding path to the viewpoint Greben, from where you can experience all the power and mystic of the Danube river.

Where to take a break?

Why not visit the restaurant "Zlatna ribica" where you will get acquainted with all the achievements of Djerdap gastronomy? You can taste proja with leeks and nettles, Danube "seafood", boiled Vlach cheese on the grill. Enjoy the authentic tastes of Djerdap and experience the way of life along the Danube. 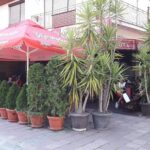 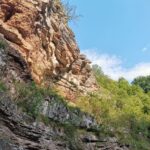 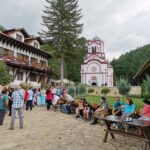 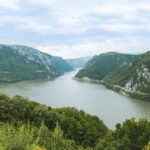 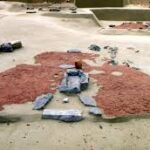